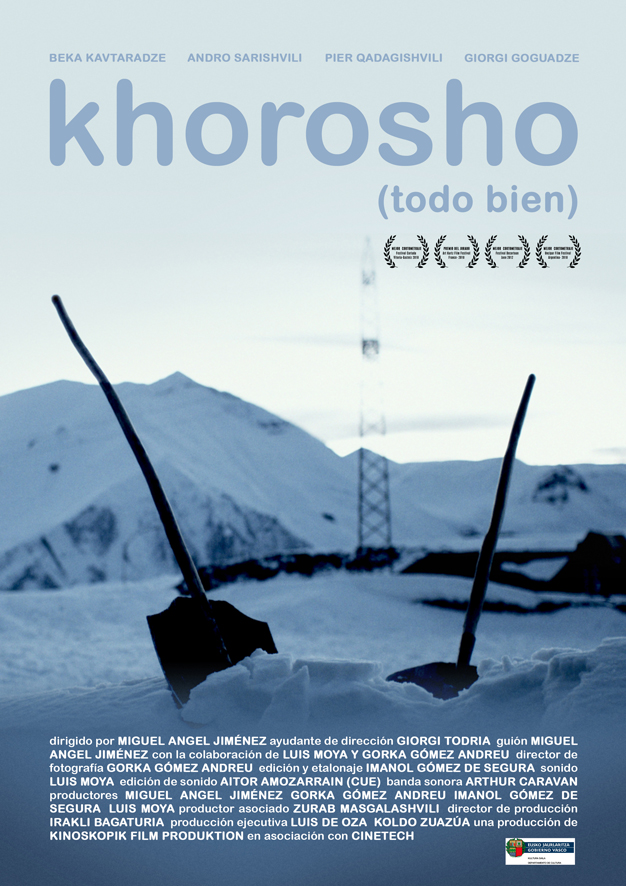 A former Soviet republic. One day the  young Andro sees his former superior in the army. He remembers the terrible things he was forced to commit. His memory haunts him and decides to go to meet the man. These two men are not able to forgive themselves, but they decide to forgive each other. Khorosho is a hard story about two comrades who share a lot of bad memories, a lot of bad conscience and mountains and mountains of cigarettes.